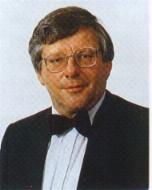 Prof. Charles J. Vos is managing director of Dalta Marine Consultants. He studied civil engineering at Delft University of Technology in Holland and specialised in concrete technology in a PG Diploma course at Leeds University in the UK. He served as a designer at the parent company of Delta Marine Consultants, HBG. He was responsible for the design of the DUNLIN A platform, one of the early Northern North Sea GBS structures for 160 m deep water, installed in 1977.

This raised his interest for OTEC. With Delta Marine Consultants, which he founded in 1977, several major OTEC studies were performed. A Large System Constructability Study for the USA Department of Commerce (400 MW floating unit), a land based demonstration plant on the island of Bali in Indonesia and several studies for the Island of Curacao were among these studies. Research work was carried out under his supervision on fibre type heat exchangers and on a new type cold water pipe, fit for deployment at sites requiring 100' diameter.

Dr. Robert Choen is Vice President-External Affairs and Secretary/Treasurer of Industrial Honeycomb Structures, Inc. and of its subsidiary, Mega Marine Structures, Inc. Those Companies are introducing an innovative fiber-rein-forced-polymer honeycomb (FRPH) structural system, useable for OTEC platforms and cold water pipes. He received a Ph. D. in Electrical Engineering from Cornell University in 1956. In 1973 he left his career at NOAA to join the staff of the budding U. S. solar energy program, then at the National Science Foundation, where he organized the original OTEC program . The ocean energy program was later transferred to the U.S. Department of Energy. On leaving DOE in 1981 he worked on OTEC studies as a consultant in the private sector, including a study to familiarize Alcan International Ltd. with OTEC technology and participation in a conceptual OTEC power plant design study for the Taiwan Power Company. From 1985 to 1990 he was on the staff of the Energy Engineering Board, National Academy of Sciences. There he served as study director (or staff member) for the study committees.¡@