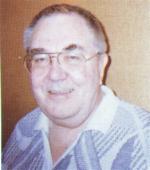 Mr. Lloyd C. Trimble joined Lockheed in 1956.  He has been structures engineer, Chief System Engineer, and Chief Engineer on several major projects.  In 1974, he wrote the first industrial proposal "A Technical and Economic Feasibility Study of Ocean Thermal Energy Conversion" to the U.S. National Academy of Science for Lockheed Missiles and Space Co..  Then he led a team, which included T. Y. Lin, Bethel Corporation, and several other major contractors, to a conclusion that OTEC was feasible.

The highlight of his work was the design, construction, and operation of "Mini-OTEC".  It was the world's first OTEC plant to generate net power at sea.  Upon leaving Lockheed in 1986, Mr. Trimble worked for the Pacific International Center for High Technology Research (PICHTR).  He served as the Manager- Open Cycle OTEC Research at PICHTR.  Since late 1987, he has been an Associate and Chief Engineer at MDA, and the Project Engineer of all technical work in MDA's OTEC activity.

Dr. F. Alistair Johnson is the Technical Director of G

Being Senior Principal Scientific Officer on Individual Merit in 1964, Dr. Johnson pioneered the first measurements of the statistics of photo-electric emission from various types of light source.  This work led to the Individual Merit promotion.  He initiated several programmes while in Royal Radar Establishment and University of Birmingham. The largest of these was the "Common Module" infra-red programme.  During 1980-85, he was Chief Scientist responsible for all the Ministry of Defence's research work on electronics and marine science.  He set up the "Directorate of Naval Analysis".  This work demonstrated the lack of understanding that was prevalent especially in the field of anti-submarine warfare.   During his scientific career, he has published over 60 papers and given papers at many international conferences. More recently he has been working on the resources from the sea, particularly the development of OTEC and has written papers on this topic and spoken at conferences in the USA, Hawaii, Taiwan and UK.

Dr. Johnson is a member of  IOA.